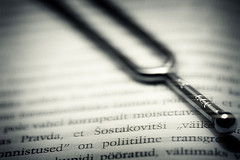 It’s hard to decide whether to loathe or applaud The BioLogos Forum. The purpose of the project is to convince evangelical Christians that evolution is real. Nobody can argue with that right? The world (certainly the United States) would be better off if fewer people thought the planet was 6000 years old and cave men rode dinosaurs right?

The part that I often get hung up on though, is the inconsistency of the argument put forth on BioLogos. On the one hand, they make the case that we should all believe in the theory of evolution because of all the really great evidence for it. Evidence is important right? We are all interested in figuring out how things really work right? Of course, especially when we are talking about something as important as life on this planet, where it came from, and where it’s headed.

But then BioLogos takes a sharp left turn. Observation and evidence and logic are really important when studying biology, but when it comes to everything else, we should really not apply those criteria. It’s NOMA you see. The crux of their position is that you don’t have to throw out your Christianity in order to believe in the theory of evolution.

One thing that has always bugged me about that position is that it seems like such a small victory. The scientific method is so much more powerful than that. Why stop with the theory of evolution I say. Why not slay more sacred cows while you’re at it? Line ‘em up and knock ‘em down. You thought the earth was flat. Busted. You thought demons caused illness. Busted. You thought we all evolved from a single breeding pair (Adam+Eve). Busted. So far so good. Why not go on… You think there is a magic bearded guy who intercedes on your behalf? Busted. You think there is a “spirit” that enters your body at conception and leaves it at death. Busted.

I get enthused. And then I am reminded of my real world experience discussing and debating these very issues with friends and family. I’m reminded of how hard it is to change someone’s mind. And when I think of that, I become much more sympathetic to the BioLogos approach. Maybe the scientists have to excuse (temporary) hypocrisy in the interest of progress. Any progress. Small. Slow. Progress.

One can view BioLogos cynically (and I often do). But one can also detect a sort of genius at work. A great example of this is the recent series of articles by Dennis Venema about his journey from de facto Intelligent Design proponent to evolutionary theory advocate:

Venema is the perfect messenger: young, handsome, devoutly religious. His rhetoric is scientifically accurate (on the subject of evolutionary biology) and at the same time perfectly tuned to his audience. Nowhere is BioLogos’ perfect sense of their audience more evident than in the Ask an Evolutionary Creationist: A Q&A with Dennis Venema. Just look at how this question is posed:

7. From Jane (from her husband, an atheist): All of the questions posted so far approach the topic from the viewpoint of assuming belief in a god. As an atheist, I don’t share that assumption. (For those who might not appreciate it, evolution offers a mechanism for understanding the existence of living organisms that doesn’t require the existence of a god.) If you transitioned from an anti-evolutionary/pro-intelligent design view to an evolutionary creationist view a few years ago,” why didn’t you keep going and just embrace evolution and drop the theistic aspect?

For those who haven’t spent much time on BioLogos I must explain that there is almost no real debate on the site itself. Through their ground rules for commenting and their diligent enforcement, the comment section is little more than an echo chamber. Question 7 (above) though is a masterwork of subtle self-inflicted echo chamber intrusion. We have Jane (not an atheist), interceding on behalf of her husband (an atheist) with a substantive question. And it’s the very same question that’s been on my mind all along! Venema’s response, while unsatisfying, represents a fair piece of rhetoric. I admire the way Venema turns God of the Gaps around on itself in his response:

This (Jane's husband's position) is a God-of-the-gaps approach, where God has less and less to do as we understand more and more how nature works (and a view I reject). Logically, if I held this view I would view science as an inherently evil activity, since any natural explanation diminishes the activity of God from this viewpoint.

Did you see what he did there? He responds to the atheist, but he’s playing to the gallery. It is brilliant. The side effect is that he may just be able to convince his co-religionists that he’s not such a bad guy after all. He’s not an uppity scientist. He’s a true believer. Maybe there really is something to this evolution stuff.